Frank and Sue Cacciatore opened Cacciatore's in 2000 in The Small Mall in Johnson City. (Previously they owned and operated The Inn Between also in Johnson City) After a dozen years in the Small Mall a building just a half mile down the road became available and they decided purchase the building and move their restaurant to a new location, slightly larger and just as charming.
Both Frank and Sue had many years in the industry before opening their restaurant. Frank cooked his way through college and held several cook positions locally as well as running the Endicott Elks lodge and the Airport Corporate Center. Sue bartended and served locally at Casey's and Jonathan's as well as holding several office positions both in accounting and management.
The philosophy is to extend great service and serve great food at a reasonable price. Over the years many customers and employees have become family.
The Cacciatore's live in Binghamton with their two boys. 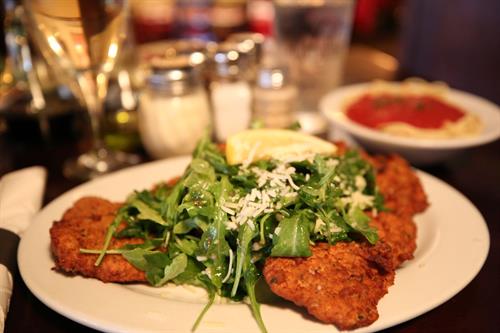 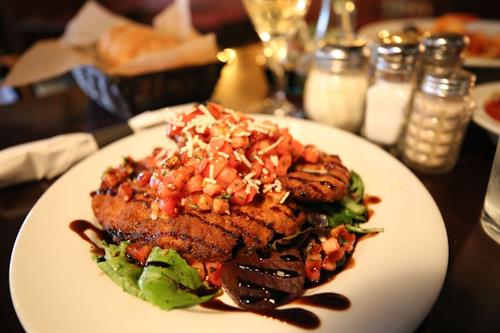 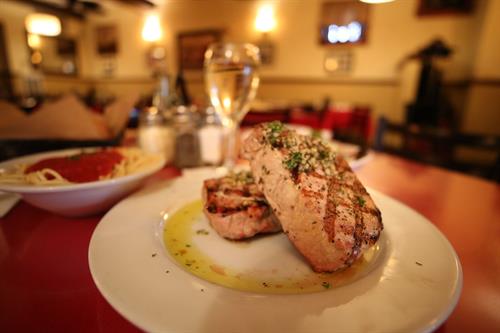 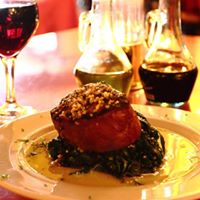 Filet in the Grass 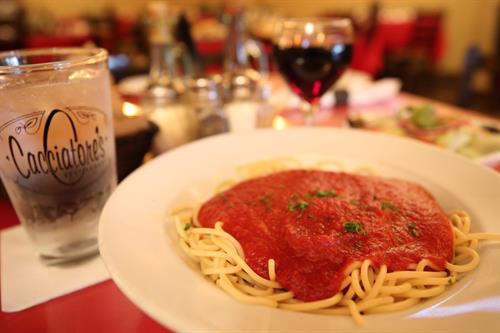 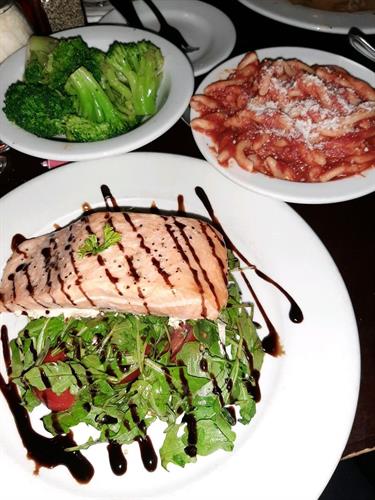